Watch Maya Forstater’s video: Maya’s appeal is being heard this month and there is a new crowdfunder

This video shows excerpts from Maya’s speech at the Woman’s Place UK conference.

Here is Maya explaining the background to her case:

Being Gay in the Thirties (‘Gay Life’ TV series)

My name is Maya Forstater. I lost my job for speaking up about women’s rights and gender self-ID.

I took my employer, the Center for Global Development, to employment tribunal for discrimination.

The first stage of the tribunal (the preliminary hearing) in November 2019, was to establish whether my belief (that there are two sexes, that human beings cannot change sex, and that sex is important) is protected as a philosophical belief under the Equality Act 2010 (and also whether belief in gender identity is protected).

I believe that while it is right that people should be free to express their identity and trans people should never be badly treated simply for being trans, the material reality of a person’s sex cannot literally change, and in situations where sex matters, it is sex that matters.

I tweeted and wrote about this in the context of the government proposals to allow people to change their legal sex through a simple self-declaration, and what this would mean for women’s rights.

I was not accused of harassing any colleagues and I stated that I will use preferred pronouns out of courtesy. Nevertheless the judge ruled that my belief, in itself, failed the test of being “worthy of respect in a democratic society, compatible with human dignity and not in conflict with the fundamental rights of others” (This is part of the “Grainger Criteria” for being a protected belief).

I am taking an appeal against this judgment to the Employment Appeals Tribunal. The appeal is on 27-28 April 2021. Index on Censorship is also intervening in support.

After that the case could go onto the Court of Appeal, or back to the Employment Tribunal (to hear the rest of the case). 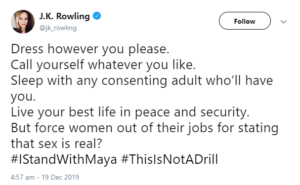 The belief I hold;  that women are adult human females, and that a person with a penis is not, in fact,  a woman is shared by most people around the world. In the UK, while 1 in 5 people are willing to say that they believe that a person with full male anatomy can be a woman, 3 out of 5 do not (the rest say they don’t know or prefer not to say).

The ability to speak clearly about the material reality of sex is important for children, parents, people in relationships, teachers, health and social care professionals, scientists and other academics, policy makers, the media, the police, the judiciary, athletes and sporting bodies.

It is important for everyone in their everyday lives that we can talk about the two sexes. We can treat everyone with mutual politeness and respect, but this does not demand that we deny reality.

Being able to talk clearly about the two sexes underpins the ability to fight sex discrimination, to undertake scientific research and collect statistics, to safeguard children and vulnerable people, to give children clear sex education and protect them from harm, for women to have control and autonomy over who gets to see and touch our bodies, to have women’s sports, and to protect the rights of lesbians and gay men. It is also relevant to other areas of discrimination including on the basis of religion, race and disability. And it is important for transsexuals and those suffering from gender dysphoria, in particular children and young people.

In practice this makes it impossible to say why single sex services and women’s sports matter – because sex matters. The suppression of ordinary language makes this impossible to talk about clearly.

I am just the tip of an iceberg. Many people have been silenced or disciplined at work and in political parties and associations for speaking up on safeguarding, and for the need for a reality-based debate about law and policy on sex and gender identity.

The judgment in this case has already been used against me in other situations; to turn me down for work and to judge that my “suitability for Scouting” should be put into question.

Since my case became news I have heard from so many people who have been disciplined at work, forced to recant and apologise, or made unemployable for saying the simple truth that human beings are male or female and that they cannot change sex. There are many, many others who are afraid to speak up.

I worked at a think tank; a research institution that I thought stood for independence, intellectual rigour, evidence- based policy and willingness to challenge powerful institutions. These are my values. But I found out that I was not allowed to apply them to this topic.

CGD’s representative stood up in court and compared my views to naziism.

Robert Wintemute an international human rights lawyer and pioneer of gay rights has written about my case . He said whether one agrees or disagrees with my belief in two immutable biological sexes, it can hardly be put at the same level as Holocaust denial or incitement to violence. He argues (as my legal team will too) that the tribunal erred in law:

If the Employment Tribunal had correctly made the essential distinction between belief and action, without merging hypothetical (speculative, future) harmful action into Ms Forstater’s belief, it would have concluded that her belief is ‘worthy of respect in a democratic society’.

Wintemute was also one of the co-authors of the Yogyakarta Principles, which are promoted as international best practice. He now says that the principles, first developed in 2006 did not take women’s rights into account.

The fear that of losing your livelihood because you disagree with these principles has prevented people in research institutions, human rights organisation and women’s rights organisations talking about the issue. No academic conferences have been held. No mainstream organisations have published reports. No funding has been made available.

Meanwhile public and voluntary sector authorities have run ahead of the  law, adopting policies and guidance which conflate sex and gender identity and failing to consider the impact of this on women’s rights and on safeguarding children and vulnerable people.

Even when JK Rowling made my case into an international news story,  organisations that have the funding, the mandate and the space to pay attention to the underlying issue about women’s rights and gender self ID,  have let the news pass without comment.

When women crowd funded to take the government to court for failing to be clear about sex in the census and won, it barely made a ripple of recognition amongst people whose job is to advocate for sex disaggregated data.

This silence is chilling.

It is fundamentally important that people are able to talk about the laws and policies which affect them, in ordinary language that every citizen can understand.

People whose jobs involve protecting vulnerable people must be able to do their jobs using clear language, and without fear. 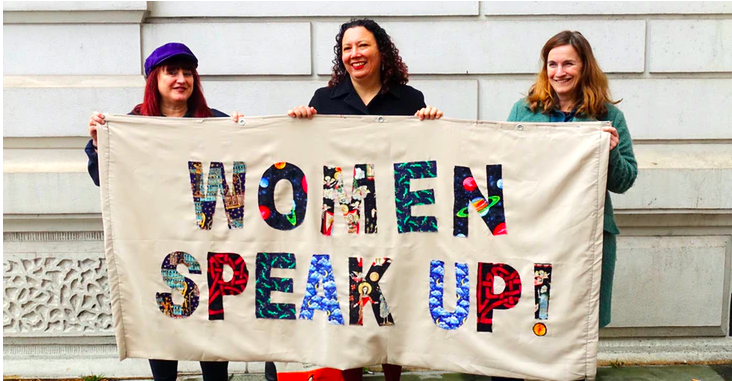 You should not have to be brave to state that there are two sexes, and that it is inappropriate for people with male bodies to be present in spaces where women and girls are undressing.

You should not have to be brave to talk about safeguarding children and young people, including those being encouraged in unprecedented numbers onto an untested pathway of early transition with irreversible and drastic changes to their bodies before they reach physical and mental maturity.

But right now you have to be brave to speak up.

If you speak up about this you may be called a bigot and hateful. You may called “transphobic”.  Lies will be told about you and your character will be smeared.

But many more people will stand up for you, because you are speaking up for what is right.

JK Rowling exposed this to the world when she spoke up for me.

Please use the opportunity of my case to continue to speak up in any way you can. Please donate to fund the legal challenge, and please share with others.

Please also follow and support the work of the organisation I have co-founded Sex Matters.

Maya’s new crowdfunder is at: https://www.crowdjustice.com/case/stand-with-maya

“So conference, LGB Alliance is here to stay.” Maya Forstater introduces Allison Bailey for her “Keynote... 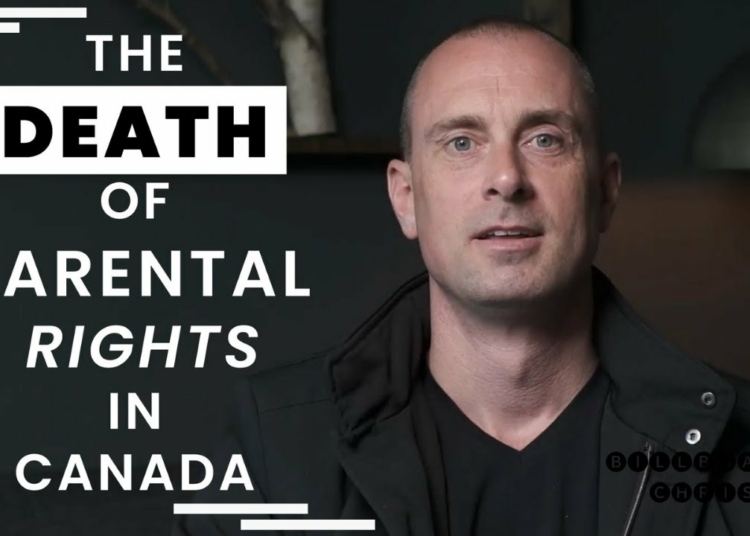 Being Gay in the Thirties (‘Gay Life’ TV series)

Skylar Gwynn talks about ‘The Ride: A Woman’s Rebellion’

Watch Maya Forstater’s video: Maya’s appeal is being heard this month and there is a new crowdfunder