Arriving at a clear understanding of how the law on puberty blockers is developing can be an increasingly difficult task for observers. The law itself is complex and, outside of the mainstream media, the public reporting of judgments appears to value triumphantly “taking sides” over accurately communicating the less dramatic, but more important matter of what Judges are actually saying in difficult cases. This week Mrs. Justice Lieven handed down judgment in the case of AB v Tavistock, a serious and important case about how the law, as it now stands, should best look after the interests of a 15-year-old male to female trans patient (known in the judgment as “XY”) at the Tavistock.

The teenager in this case first came out as transgender to her parents at 10 years of age. At 10 XY was only interested in girls’ toys and clothes and, following an unhappy period of living as a boy which caused her great unhappiness, a family decision appears to have been made to “socially transition” XY which resulted in her growing in confidence and feeling much happier. In 2016 after seven sessions XY was offered puberty blockers by the Gender Identity Service at the Tavistock but her parents were concerned about this and determined to research the matter themselves. In 2019 following their own careful and diligent research XY (then aged 13) and her parents attended the Tavistock who deemed her capable of giving consent in law.

Importantly, the Judge in this case noted that the relevant consent form was precisely the same as used in the Keira Bell case (reported here). The court found that “This form does not test whether the child XY, understands the issues set out at [138] of Bell”. These “138” issues are a list of the effects of puberty blockers (so far as they are known) and include the fact that the vast majority of patients on puberty blockers go onto take cross sex hormones, infertility “may well” follow, “the impact this may have on life-long relationships” and the fact the physical consequences of taking them is “unknown”. This is a highly significant and little understood fact in this case. The court found here that the legal capacity of the child to consent in 2019 was not established by the relevant form and judgment proceeds on the basis that XY may or may not now be lawfully competent to consent to treatment (so called “Gillick competence” – a requirement that a young person fully understand what they are consenting to). XY is now facing infertility because preservation measures would require a 6-month cessation of puberty blockers which would inevitably bring on male puberty and secondary sex characteristics, a prospect XY was, by this stage and perhaps entirely understandably, terrified by. 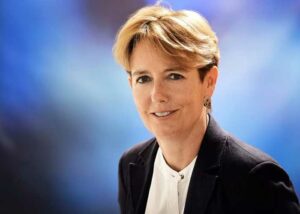 By the time XY came before the court, perhaps unsurprisingly, she, her clinicians and her parents were of the same mind that blockers should be prescribed. This application was necessary following Bell because that judgment placed the sufficiency of the original consent form in question and the doctors involved now required what Mrs. Justice Lieven described as a “legal flak jacket” to protect them from negligence actions. For this reason, the judgment is forced to proceed on a quite extraordinary two-pronged basis, first it deals with the possibility that XY is Gillick competent and can consent to puberty blockers and the opposite, that XY cannot consent, is supported by obviously loving parents but, given where she finds herself, is utterly petrified of puberty.

Parents have to deal with extraordinarily difficult medical situations with children and the court surveyed a number of cases where parents were faced with agonising decisions such as experimental lifesaving treatment, the forced administration of anti-psychotics and forced sterilisation. In all such cases, perhaps unsurprisingly, the court deferred to the parents desperately trying to do the right thing in the difficult situation they faced. Precisely the same happened in this case which is another reason some of the social media comment to the effect “Judges are saying they know better than parents” is misplaced.

The court emphasised that this case does not reverse the decision in Bell, yet some commentators insist it has. The court has also registered two serious concerns regarding puberty blockers which has not been reflected in some reporting of the case. First, that the medical evidence submitted in this case was polarised and only considered the positive case for puberty blockers and not the potential harms. Second, that the medical institutions concerned appeared to have “strong, and perhaps fixed, positions as to the appropriateness” which would render it “difficult for a parent to be given a truly independent second opinion”.  The latter suggestion, in other words, was that the medical parties to this case lacked the objectivity required of medical professionals. As with Bell the marked difference between what happens in court and what happens on social media sadly seems to show no sign of abating.

Join The Conversation with other LGN readers – and support our journalism!

Julie Bindel: “This link between men who push the trans extremist demand for access to female-only facilities, and child sexual abuse and exploitation is a clear one.”

by Lesbian and Gay News
289

Join The Conversation with other LGN readers - and support our journalism!