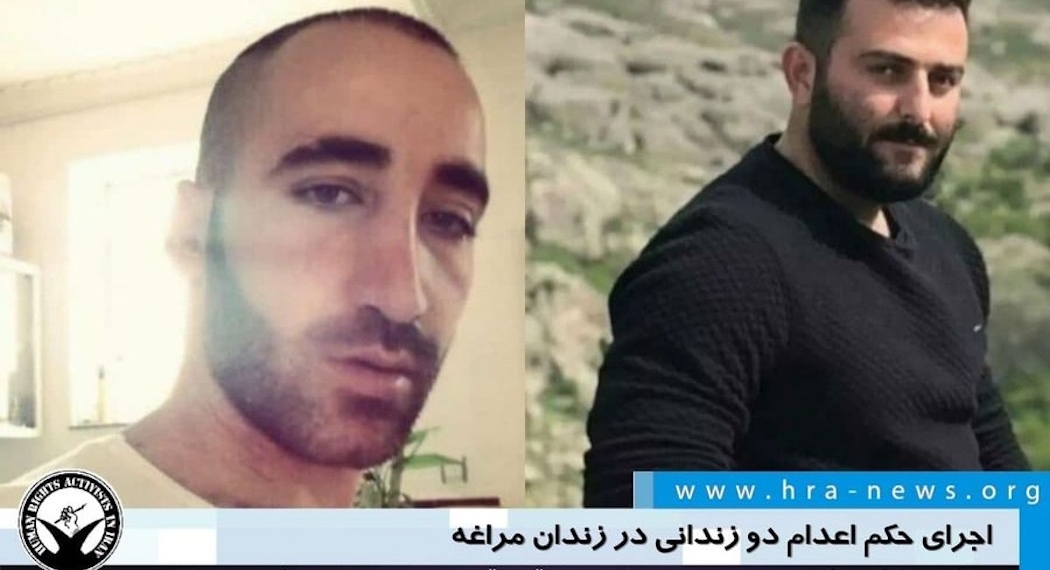 The Jerusalem Post (JP) has reported that two men were executed on Sunday by the Islamic Republic of Iran, for the crime of having gay sex.

The report’s author, Benjamin Weinthal, who is a Research Fellow at the Foundation for the Defense of Democracies and covers Middle East affairs for the Jerusalem Post, identified the two Iranian men as Mehrdad Karimpou and Farid Mohammadi. The hangings were reported to have been carried out in the Maragheh prison, located in northwest Iran, delivering a shocking conclusion to a process that had begun with the two men’s arrest six years ago.

Weinthal refers to Iran as having executed between 4000 and 6000 lesbian and gay people since the Islamic Revolution of 1979.

The hangings originally came to the attention of the Western media via the Human Rights Network in Iran, which describes the Iranian state media as having failed to report on these latest homophobic executions.

Karmel Melamed, a journalist and commentator who specialises in Iran, Iranian Americans, and Middle East affairs, took to social media to express his outrage, providing a photograph of the victims: “The Ayatollah regime in Iran just executed two gay men for the crime of sodomy in Iran. This is Mehrdad Karimpour and Farid Mohammadi who were executed by hanging. Where’s the outrage from @StateDept @SecBlinken @glaad & other LGBT groups in U.S. to this horrific crime?! #No2IR” “Why do we hear crickets from @StateDept & major U.S. and European LGBT groups about the Ayatollah regime’s killing of innocent gays and lesbians in Iran? Why is U.S. & E.U. still in Vienna negotiating with this mullah regime that doesn’t respect human rights?!”

The Jerusalem Post is diligent in its exposure of Iran’s murderous persecution of lesbian and gay people. In 2019, the JP reported that Iran had publicly hanged a man on charges of homosexuality, and in 2016, it reported the hanging of a gay adolescent, which Weinthal describes as “the first confirmed execution of someone convicted as a juvenile in the Islamic Republic”.

All same-sex relations in Iran are illegal, according to the strict imposition of Islamic Sharia law, and gay sex can be punished by imprisonment, flogging, and execution. By contrast, so-called sex reassignment surgery with hormone treatment is not only legal in Iran, but also subsidised by the state, encouraging lesbian and gay Iranians to pursue a route that would allow their sexual activity to be categorised as heterosexual and prevent criminalisation for gay sex, given that the surgical and medical interventions result in a change in sex marker on birth certificates. In 1986, Ayatollah Khomeini affirmed the compatibility with Islam of “sex change” operations and hormone treatment. 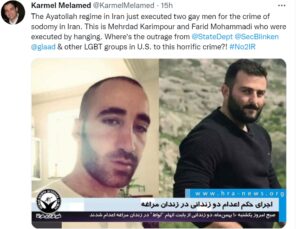 In his United Nations Human Rights Council Report of January 2021, the Special Rapporteur on the Situation of Human Rights in the Islamic Republic of Iran, Professor Javaid Rehman, gave attention to the issue of homosexuality in Iran, describing a situation where people who are same-sex attracted are often advised that they have a “gender identity disorder” and encouraged to pursue “reparative” therapies or “sex reassignment surgeries” in order to “cure” them. The Special Rapporteur also expressed his concern at reports of aversion/conversion therapy on children, including the administration of electric shocks, hormones, and “strong psychoactive medications”. Professor Rehman described such practices as amounting to “torture and cruel, inhuman and degrading treatment” and stated that they “violate the State’s obligations under the International Covenant on Civil and Political Rights and the Convention on the Rights of the Child“.

In his 2007 speech at Columbia University, the then Iranian President, Mahmoud Ahmadinejad, declared that “In Iran, we do not have homosexuals like in your country.”

Lynn Alderson on the Alphabet Soup: “Why LGBTQI+ is not a thing.”

by Lesbian and Gay News
6.1k

by Lesbian and Gay News
721