Sir Tony Blair has urged the Labour Party to respond to voters and rethink its position on women and transgender issues. “They [voters] don’t want a situation where women can’t talk about being women,” the former Labour leader said in an interview with The Times’s Alice Thomson on Saturday.

“The polls might say voters don’t care but if you dig a little deeper, what they are really saying is we don’t like all this stuff that is being shoved at us,” said Blair.

Jo Bartosch on Keir Starmer: “In failing to act he has not just thrown Rosie Duffield to the wolves, Starmer has let women down everywhere.”

In a warning to Sir Keir Starmer, the Labour Party’s longest-serving prime minister, and the first and only person to lead the party to three consecutive general election victories, said: “I have this conversation quite often with Labour people and I know their inclination is to walk round this issue, but I am telling you to go right into it and resolve it in a way that makes it absolutely clear where you stand. That is how to shut down the Tories on it.” Blair said that the current Labour leader will have to go into battle over the culture wars.

Referencing the transgender debate, Blair said: “Of course, we shouldn’t be transphobic and we should have equal rights for trans people. But equal rights doesn’t mean you can’t use the phrase ‘pregnant woman’. If you went to Sedgefield and had that conversation, they would think you were bonkers.”

The father of four added that the younger generation think differently: “Leo always says to me, ‘Don’t go there, Dad. There are feelings and there are facts, but right now feelings are more important.’

On the controversial area of no-platforming, Blair was similarly forthright: “It’s ridiculous saying you can’t go and talk at a university if you say something I might not agree with. You have to come to common-sense positions on these things and hold firm to them.”

Sir Tony’s intervention followed an interview on Friday by Rosie Duffield, the Labour MP for Canterbury, in which she said that Sir Keir Starmer is no better than Jeremy Corbyn in failing to speak up for MPs being bullied on social media.

Ms Duffield, in a podcast interview with The Daily Telegraph’s Christopher Hope, accused the Labour leader of failing to do enough to stop a minority of local activists who have mounted a campaign of harassment against her. Ms Duffield, who won the seat from the Tories for the first time in a century at the 2017 election, admitted she had been “tempted” to defect to the Conservatives because of Sir Keir’s apparent indifference to her plight.

Asked whether Sir Keir was being a “coward” by not doing more to tackle abuse towards women in Labour, she said: “That’s a really good question. I don’t know. Personally, leadership requires a slightly no-nonsense approach sometimes. It’s great trying to accommodate everyone, but when ‘everyone’ means people actively trying to bring down one of your MPs … you probably need to be sending out a stronger message that they don’t do so in your name.”

Ms Duffield said it was “tempting” to join a party like the Tories where there was apparently less in-fighting, but stressed that she did not want to let down those who had voted for her.

Sir Tony Blair commented in his interview in The Times on the impact of social media on MPs: “With social media it’s brutal. There are so many interesting things you could do; why would you become an MP to be abused?”

Jo Bartosch: “With a sleight of language, the BBC have erased same-sex attraction; making the desire for someone of the same sex literally unspeakable once more.”

by Lesbian and Gay News
4.8k

by Lesbian and Gay News
570

Professional Judy: “These are the same types of gay men who used to stand at the bar and refer to lesbians as ‘fish’ or their own female friends as ‘fag hags’ – they hate women.” 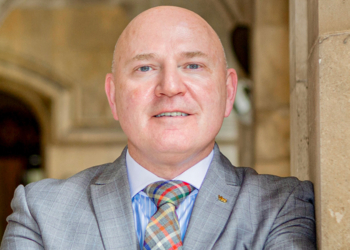 Neale Hanvey MP: “What these polls tell us is that Nicola Sturgeon can’t wish away public opinion and suggest she could face a serious public backlash for her self-ID crusade.” 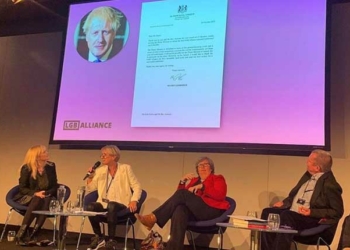