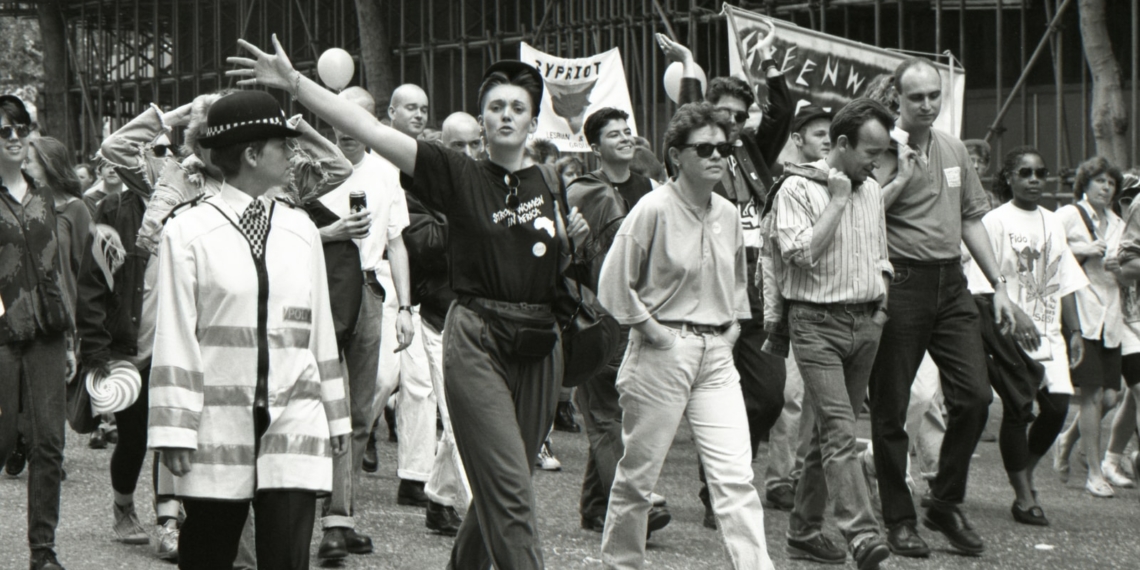 If ever there was an example of how disconnected from everyday LGB people Pride in London has become, their call for 2022 to be named “The Year of Queer” would be high up on the list of examples. Judging from the Twitter ratio and the tone of the comments, the adoption of a homophobic slur has not gone without criticism. Sadly, this isn’t just a phenomenon that is isolated to out of touch elites at Pride in London, this idea that we are now Queer has metastasised like a cultural cancer throughout legacy LGBT organisations and media. Its poisonous tentacles can even be found in schools, universities, employers, the police, and all layers of government.

Way back in the 80s and 90s there were attempts in the UK to reclaim the Queer slur to communicate the idea that while homophobes can abuse us with it, we’re still going to be here and they’re going to have to get used to that idea. Its use died down as time progressed and I was never really comfortable with the word, cringing inside whenever I heard it, but rather than voice this concern I kept silent for what I saw as the greater good.

What we now understand and recognise as the “Queers” seemed to stay in the background of mainstream LGB culture preferring to remain in the wackier ends of academia, importing whatever drivel was being pumped out by Americans based on misunderstanding of French philosophy while more sensible and grounded wings of sociology quietly took the piss.

As the last decade progressed the slur took an increasing prominence as it became associated with a political aim that uses LGB rights as a Trojan Horse to disrupt and radically change society, often in ways that run counter to the needs and benefit of LGB people. Those of us who object are regularly constructed as bootlickers and cowards; hostages to the system they seek to destroy.

With a wearingly predictable outcome we are again having to push back on the homophobic idea that lesbians and gay men should get over our “genital preferences” and our “hateful exclusionary” sexual orientations.

The Queers with a perverse glee use this word in full knowledge of the historical pain and hurt associated with it to mock us as they promote, among other things, their neo-homophobia. With a wearingly predictable outcome we are again having to push back on the homophobic idea that lesbians and gay men should get over our “genital preferences” and our “hateful exclusionary” sexual orientations. Homophobia, it seems, has had a corporate rebrand.

It’s against that context that Pride in London with a multi-tweet fanfare cancelled its Pride Parade planned for September this year, and announced plans to call for 2022 to be “The Year of Queer”. Fresh from spitting in our faces for daring to support an LGB focused charity Pride in London has managed to find just enough phlegm lurking at the back of their throat for one more big greenie.

But remember, as out of touch as they are they’re just doing what they’re being told to do by the invading cultural force (one hesitates to add that a survey in 2018 of gay men in America showed that 93% of them didn’t want to be associated with the Queer slur either). Keep in mind that this isn’t a movement or a body of thought that was born out of our UK LGB history. The foreign cultural force that tells us we are now Queer is the same one that tells us that we owe our very existence to the mythical transwoman of color, in what is actually a rebranding of an event that isn’t even from our history. Other than lending its name to the former LGB civil rights organisation Stonewall UK, the actual event in 1969 in New York is not even really a footnote in our UK story. No, this is the importing of another country’s story to the detriment of our own.

Our story is the one of the Buggery Act 1533, the decriminalisation of same sex activity in 1967, itself following the publication of the Wolfenden Report in 1957. It’s the story of the first London Pride march organised by the Gay Liberation Front, some of its founders now reviled by the current incarnation of London Pride.

Alongside this collective cultural amnesia, we have seen the political aims of our organisations more orientated towards the political and cultural aims of US based grant makers. Sure, if you look on the legacy LGBT organisations’ websites you might see some lip service played to the UK story tucked away here and there, but in their every action it is increasingly evident that their understanding of LGB people is shaped by a particular American gaze, and with it an entire generation of young LGB people in the UK have been denied their right to understand the actual forces that shaped the UK LGB context.

Our story is the one of the Buggery Act 1533, the decriminalisation of same sex activity in 1967, itself following the publication of the Wolfenden Report in 1957. It’s the story of the first London Pride march organised by the Gay Liberation Front, some of its founders now reviled by the current incarnation of London Pride. It’s the story of the defeat of Section 28, and of the brave Scottish authors and poets who stood up, often at personal risk, to speak in support of us to live our lives as same sex attracted men and women. It is the story of Terry Higgins whose name was lent to a charity that denies the same sexual health information that would have saved Terry’s life because a Twitter mob demanded total compliance to that Queer ideology.

Ours is the story of a tradition of drag that has its origins in theatre that stretches far back into the Tudor era and beyond. Ours is the story of Quentin Crisp, of Kenneth Williams, of Maureen Colquhoun, of Oscar Wilde and of Alan Turing. It’s the story of Polari, My Beautiful Launderette, the first gay kiss on TV in Eastenders, of Julian and Sandy, and the support for and from Welsh miners in the 80s.

The LGB story in the UK is one of a deep, colourful, organic and complex cultural history that played out in different ways in different parts of the UK across centuries. We were not a vanguard for revolution, we simply wanted to live our lives and be left alone, most of us quite like our country more or less as it is. But more than anything, we’re not subversive, we’re not unusual, we’re not deviants and we’re not fucking Queer.

As Pride in London has demonstrated its betrayal of LGB people with its Queer political agenda, we need to rediscover our voices, we need to reclaim our narrative and we need tell our story again.

We’re here, we’re not with the Queers, get used to it.

Jo Bartosch: “With a sleight of language, the BBC have erased same-sex attraction; making the desire for someone of the same sex literally unspeakable once more.”

Simon Edge: “If I, or anyone else on Galop’s blocklist, were the target of homophobic violence, would the service come to our aid?”

Polari: The Secret Language of Omi-Polones

Professional Judy: “Given the mob’s reaction to Alex he must have done something truly hateful to attract their wrath? Well no actually, he simply wore a T-shirt and beanie hat with LGB Alliance’s logo on it. That’s it.”

by Lesbian and Gay News
3.6k

by Lesbian and Gay News
8.1k

Ceri Black: “I need pride as a reminder that I am not broken, I am not wrong, I should not feel ashamed.”