How do we find more lesbian spaces? For the duration of my twenties, this question has weighed on me more heavily than almost any other. And I’m not alone in that. Young women routinely ask me about lesbian space in DMs, emails, WhatsApp – almost always private forms of communication. Nearly every effort I’ve witnessed to rebuild lesbian-only spaces has been furtive. And that’s not because these women are ashamed of being lesbian; they are proud enough to channel time and energy into igniting that flame of pride in other women. Rather, it’s because they’re terrified of being shunned by friends and peers – even employers.

Building women-only spaces, groups, or services is routinely denounced as transphobic, rather than recognised as a legitimate response to male violence against women. And that suspicion only heightens when women choose to gather as lesbians. Never mind that lesbian lives are often more precarious than those of our straight sisters. We’re more likely to live in poverty, and less likely to have access to the social safety nets woven into heteronuclear family.

It’s deeply ironic, that lesbians are labelled bigots for wanting spaces free from bigotry; for trying to find just a tiny sliver of time when we are free from misogyny and homophobia. In mainstream society, lesbians are constantly called on to explain and justify our lives. In wider LGBT+ community, we’re still subject to sexism. Whether lesbians try to address that woman-hating from within the GBT+, or leave it behind for greener pastures, we are reviled. Lesbian separatists were condemned as unnatural women in the ‘70s and ‘80s, and now lesbians with far more modest goals are met with hatred from across the political spectrum.

As a result, lesbian groups and projects have become precarious once again. For this, the queer left is to blame as much as the conservative right. Perhaps even more so. There are queer people who respect and endorse groups for those who identify as trans, yet refuse to extend lesbians the same grace. Which is hypocrisy with a generous side of lesbophobia. Such people see women building lesbian spaces, problematise them, and even try to sink their projects – never mind how many women cling to them as life-rafts on the tide of heteropatriarchy.

I don’t think the people who rush to demonise lesbians, the more extreme among them proclaiming even the word a “TERF dogwhistle”, ever stop to think about the human cost of their righteous fury.

They don’t see the young women in floods of tears because they’ve been exiled from friendship groups and much-needed community. They don’t see women lying awake at night worrying how they’ll pay bills or put food on the table if a vital income stream is lost. They don’t see women pushed to the point of a mental health crisis by campaigns of targeted harassment. They don’t see women at all. Instead, they see TERFs. The oppressor. Monstrous creatures who hoard power and rights like a dragon with its heap of gold.

If lesbians cannot openly organise our own spaces, there is a cost; often paid by the most vulnerable members of our community.

But women are oppressed; lesbians doubly so. Our rights are still too often theoretical, unmet in reality. And the anger that is regularly weaponised against us would be better directed towards men. After all, they are the ones hoarding rights and resources; they are the ones who kill women and trans-identifying people both. Yet no malicious acronym is used to denounce the men responsible for those deaths. Rarely are the men who harm trans people harassed on social media or hounded from their jobs by queer keyboard warriors. They’re not doxed or told to die in a fire. And they – unlike the women whose lives are made unbearable – have earned that vitriol.

Undermining lesbian spaces benefits nobody and nothing, save for the men who want to control us. If lesbians cannot openly organise our own spaces, there is a cost; often paid by the most vulnerable members of our community. Those who have not yet found ways of connecting with networks of lesbians – women who are young or living in rural communities – are less likely to find lesbian space. And there are fewer lesbian spaces to find, because the fear of harassment and abuse intimidates women who might otherwise build them.

What few lesbian-only spaces exist are unlikely to secure the infrastructure of community support or funding – meaning that the women who run them often do so at personal cost. Support groups, retreats, and advocacy groups that would likely receive financial backing if they represented any other letter of the alphabet soup are made to go without. Meanwhile Stonewall – a charity that was founded to represent our interests yet refuses to meet with lesbians concerned about our spaces, such as the Lesbian Rights Alliance – rakes in millions of pounds worth of government funding every year.

Like every other marginalised group of people, lesbians deserve our own spaces. However, the legitimacy of those spaces is contested – both by the queer left, and the conservative right. Both groups would consider themselves diametrically opposed. But both groups have shown a similar fervour for controlling women; for undermining lesbian community, and shepherding women back to affiliations and goals that are male-centric. They share an entitlement to women; an expectation of automatic access to us, and our energy. Any women opposing self-ID is accused of aligning herself with the right, yet that’s exactly what queer people do when they stand in the way of lesbian-only space.

by Lesbian and Gay News
3.1k 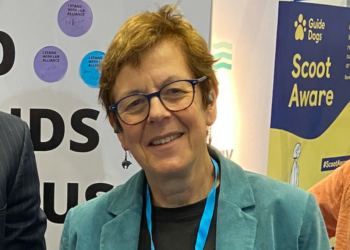