US rapper Kurtis Tripp talks to Dennis Kavanagh about conversion therapy at 13, the pressure to identify as trans and his journey back as a gender critical gay rights activist

American rapper and musician Kurtis Tripp has been on a journey from trans rights advocate to gender critical gay rights activist. Dennis Kavanagh talked to Tripp about his personal story of conversion therapy and the pressure surrounding gay men and lesbians to identify as trans.

If you’ve spent any time recently in the LGBT gender debates on social media, you’ve probably encountered a TikTok video by Kurtis Tripp. The videos are avowedly “gender critical” and normally feature the 30-year-old responding to videos aimed at gay people being urged to “unlearn their genital preferences”. In a style evoking Magdalen Berns, Tripp looks directly to camera making the case that conversion therapy is alive and well. He should know, as a 13-year-old he experienced precisely that courtesy of a hyper-religious stepmother.

The videos have prompted a predictable backlash in what is generally regarded as one of the most toxic social media debates there is, and his detractors have been quick to publicise the fact that he is a convicted criminal having threatened to go “white boy crazy” and “shoot up a school” on social media in 2018. As with so many attempted social media “cancellations”, there seems to be more to the story than the extravagant claims given the Judge presiding over the case sentenced him to a 3-year probation order later reduced to one year. He’s experienced “pile-ons”, duplicate impersonation Twitter accounts falsely accusing him of rape, mass reporting and accusations he is a terrorist. Incredible it is then to discover that until very recently Tripp considered himself “non binary” and a member of the trans community. His trajectory in the debate is as mixed and unlikely as his distinctive accent, a voice that occasionally produces a Tennessee drawl, most obvious when he says “Y’all” mixed with his native, quick talking, Michigan State cadence.

“We wanted to write lesbian experience back into history”: An interview with Jay Taverner by Claire Heuchan

Jo Bartosch talks to Simon Edge about his new novel: “It’s just bizarre that Stonewall today are complicit in saying that there is something bad about same-sex attraction.”

“The biggest thing I want to drive home is the way they make you split up your attractions.“

Having undergone it, conversion therapy perhaps inevitably looms large in Tripp’s videos. He describes a fiercely religious upbringing in a house where the Harry Potter books were banned for their association with sorcery. He described being driven to his church aged 13 having not been told the reason for the visit; he says, “They gave me not a clue what it was, they made me wait, they went to basement first, I was there with four other little gay boys there”. He describes a subtle process which at first concerned only bible reading but eventually progressed to sexuality. Realising the sessions were about homosexuality, Tripp says of it, “I was filled with dread, I had spent a year analysing myself, I had begun to approach acceptance in my head, it made me feel like I was in trouble”.

His experience of conversion sets the tone for much of his modern work. He describes a dualist process where young gay men were encouraged to compartmentalise their desires from their lives, “The biggest thing I want to drive home is the way they make you split up your attractions and that’s what I would want to drive home about that”. Given his present day bearded casual appearance, confident tone and apparent male gender conformity the next chapter of Tripp’s journey is perhaps the most unlikely. Tripp describes suffering with gender dysphoria struggling with it “since I was a kid”. He explains, “I like wearing makeup, extravagant tops, I like to wear dresses”. Turning to online communities Tripp describes a point in his life where he “felt like I needed to present fully as a woman for them”. His description of the mostly online community is striking. On the one hand he recounts the support and adulation he received for saying he was “non-binary” saying, “It made me happy for a time, a culture of validation, warm and addictive embrace”. On the other he describes a general pressure to be bisexual rather than gay saying, “I worked to incorrectly go back to what I was doing in school and become bisexual”. He says some members of that community were ill disposed towards gay men and lesbians saying he felt, “A mounting pressure on me. I didn’t want to be that cis gay, I saw them making fun of them every day”. 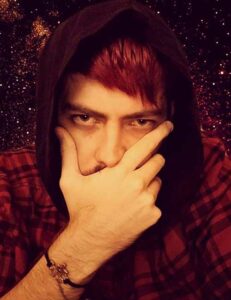 Asked why he didn’t at that point regard that pressure as conversion therapy he says, “This time it felt different, it was the same people who would condemn the church with me, how could they be doing the same thing if they are? I forced myself to be blind, I wanted to be woke”. Tripp describes his understanding of “being woke” at this point as a powerful desire to do the right thing, to not make the mistakes of history by showing trans people the intolerance and prejudice that gay and other marginalised communities once faced.

… having spent three years as non-binary he abandoned “they/them” pronouns in favour of “he/him”. Asked how that felt, he says, “It felt like a sense of relief to come back to my manhood. I abandoned my manhood after three years, I fell back right into it.”

Tripp describes his journey from non-binary trans rights activist to gender critical video maker as a long process, rather than an event. Likening his belief structure to a toppling Jenga tower. He says, “Every day they would do something I had to ignore”, having spent three years as non-binary he abandoned “they/them” pronouns in favour of “he/him”. Asked how that felt, he says, “It felt like a sense of relief to come back to my manhood. I abandoned my manhood after three years, I fell back right into it. I immediately felt like where I needed to be in terms of my gender non conformity. I don’t feel an obligation to wear makeup, I feel comfortable”.

Effectively leaving the community which had at one point entirely defined his identity, Tripp says he started posting on social media that he felt “a little tricked” into becoming non-binary. The breaking point came with his first video, a frenetic stop motion affair with blocks of gender critical text appearing. The reaction was decisive, former friends lined up to disagree, criticise and in many cases offer abuse. He says, “We had a big blowout on Facebook, I got cancelled big time. I feel like they did a little bit to me what they did to Detransitioners, you can’t come to the church of trans”. Speaking of the loss of a community once dear to him, he says he takes comfort from the many messages of support he receives, “I’ve literally had gay boys tell me they can be gay and not non binary and I’ve also had a massive amount of lesbians tell me the same”.

“Listen to women, listen to lesbians, listen to homosexuals, stop dismissing other people’s experiences, there is a middle ground we can reach together”.

As Tripp’s videos became more popular, he attracted the attention of detractors who recently posted extensively about his criminal conviction. It’s a subject he’s surprisingly open about, saying unequivocally he apologised then, and he does now. Tripp runs a blog in which he meticulously sets out his side of the story pointing out that the charge was ultimately reduced to the misdemeanour of stalking (rather than the much more serious US “felony” category of offence). He points out probation ultimately assessed him as the lowest possible risk level, that he has never owned a gun and he draws attention to the fact the threat was made in the context of him and his husband receiving homophobic abuse. Speaking to him it’s obvious the conviction hangs heavy about him and he knows criticism based on it is inevitable saying of a recent thread criticising him, “I’m pretty numb to it by now”.

Asked about the future, Tripp has no plans to stop making TikTok content or speaking on social media. He says he sees his role as providing resources for gay people to have the confidence to be themselves and be comfortable in their own skin. He is certainly talented in this area, and his short, punchy videos seem likely to be a staple of debate in this area with various pieces going viral. Asked for a message to his opponents Tripp strikes a conciliatory and hopeful tone saying, “Listen to women, listen to lesbians, listen to homosexuals, stop dismissing other people’s experiences, there is a middle ground we can reach together”.

You can find Kurtis on TikTok at ‘kurtistrippdied’.

“I was expected to smile my way through it all”: A lesbian transwidow tells her heart-wrenching story to Jo Bartosch

Julie Bindel: “Martina remains a role model for all lesbians. She set a standard, and she made a difference, by breaking barriers and being brave.”

Gary Powell: “Let us build up our magnificent LGB communities once again. When we find our authentic communities, we can find ourselves.”

by Lesbian and Gay News
296

Gary Powell: Do we need to get off Twitter and form a new, gender-critical political party in the UK? 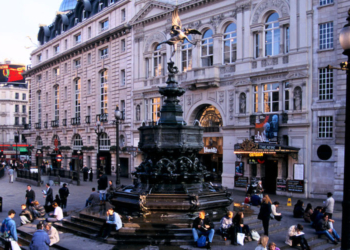 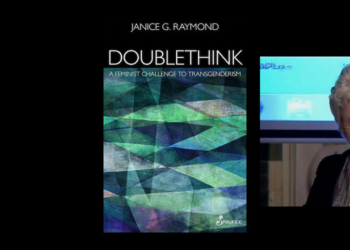 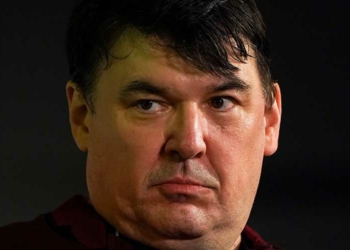 “We wanted to write lesbian experience back into history”: An interview with Jay Taverner by Claire Heuchan

Julie Bindel: “Martina remains a role model for all lesbians. She set a standard, and she made a difference, by breaking barriers and being brave.”