James Dreyfus: “This ‘No Debate’ stance has to end. Now.”

Actor and writer James Dreyfus welcomes Lesbian and Gay News and argues that the harassment and abuse of women – lesbians in particular – and the ‘No Debate’ stance has to end.

I’m sitting here, with a view through my window, looking out at a bright, icy morning. Which reminds me, I’m also listening to “Mr. Blue Sky”, by ELO, a gloriously upbeat, bass thumping rock tune, about the emergence of a fresh new day. The rain has stopped, the clouds have cleared, the misery is, at least, temporarily, lifted.

I mention all this because, as I write this article for a brand new online publication, “Lesbian and Gay News”, I am hopeful that this will usher in a new era of ‘gay news’, where open and honest debate can flourish, where ideas and problems can be discussed, free from the disturbing, censorious, authoritarian trend that currently exists from certain quarters.

I am hoping this publication will help give aid and support to youngsters facing the prospect of ‘coming out’ to possibly hostile reactions from family or friends, especially if they don’t live in a major city, where their access to support is more accessible and where liberal attitudes tend to prevail; to all those who live with HIV, and the stigma that still comes with it; to lesbians and bisexual women, in particular, who have been facing the most horrendous misogyny, in their daily lives and online.

Never I have witnessed such an onslaught of rage and loathing towards them, as I’ve seen over the past few years, especially. The word ‘woman’ facing erasure or revolt, replaced by the, frankly, absurd and insulting non-word, ‘womxn’…(pronunciation, anyone?).

All of the transsexual men and women I spent my teenage years with, drank with, danced with, behaved outrageously with, have expressed to me their horror and embarrassment over these radical activists, and their feral behaviour. They speak for no one but themselves.

The barrage of violent threats sent to them daily (involving rape, abuse, pain and death… I have the receipts, folks…), is off the scale, for simply stating same sex attraction is WHO they ARE, and that they must be “hateful bigots” for not wanting to have sex with someone they are not remotely attracted to and never will be. To transsexuals, who have gone through or are about to embark on a major and traumatic transition, and simply want to get on with normal life, no fuss or exploitation attached.

These are voices that are not being heard. Not being listened to. Not being taken seriously. These are the voices which are told to shut up and put up. An extremely vocal and tiny minority, especially online, claim to be speak on behalf of these women. The truth of the matter is they simply do not. All of the transsexual men and women I spent my teenage years with, drank with, danced with, behaved outrageously with, have expressed to me their horror and embarrassment over these radical activists, and their feral behaviour. They speak for no one but themselves.

The truth is we are all, for the most part, ‘trans allies’. I don’t know anyone who “hates them” or “wants them all to die!”. No one. And I wouldn’t want to. To be critical of the demands and behaviours of some of these activists does NOT equate to being “transphobic” – a word that is bandied about so often now, it’s almost lost its real meaning, which is devastating to how people react when real transphobia occurs. Which it does.

The entire Gender Critical movement is accused of being “a trans hate cult”. A broad, sweeping, patently false allegation, if one actually took the time to LISTEN to what they are saying. When the rights of one group of individuals impinge on and directly affect the rights of another group, then there HAS to be open, fair and honest discussion and debate.

Women’s goodwill and patience is running out, and with very good reason. Tired of the misogyny, tired of being told what to do and think and say, tired of the constant harassment and abuse, tired of justifying their very existence. They are so very tired of it all. And men who stand firmly behind them are tired too. We ARE tired, all of us, of this unholy mess. Tired of being vilified for simply asking for debate. Tired of the pervasive cancel culture, the policing, the ‘doxxing’, the never ending abuse. This “No Debate” stance has to end. Now. 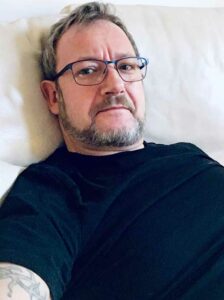 Take a risk. Turn from the herd. Trust your own gut instincts. Think for yourself. Question everything. Thirst for different opinions. Agree/disagree, it doesn’t matter. You might lose friends, you might find yourself shunned, like an Amish kid, returning from Rumspringa, and discovering there IS another way of thinking and behaving and fully embraces those choices.

I didn’t intend for this article to turn into a plea for sanity. I’ve said my piece, as I have many times before. So, let’s begin by simply turning a page, a corner; let’s veer into the calmer lane for a while. My hope for this new publication is that we can, once again, return to mutual respect and robust debate. I’m fully aware this venture will be attacked by certain quarters, by the usual suspects, before the first word is published. But let’s just try it, without boycotts, without manufactured outrage, without baseless accusations.

Take a risk. Turn from the herd. Trust your own gut instincts. Think for yourself. Question everything. Thirst for different opinions. Agree/disagree, it doesn’t matter. You might lose friends, you might find yourself shunned, like an Amish kid, returning from Rumspringa, and discovering there IS another way of thinking and behaving and fully embraces those choices. One might have to lose a little to gain a lot. (Not a well known quote, I’m afraid… just me, trying to “philosophise it up” a bit…)

So, enjoy this brand, spanking (behave) new first airing of “Lesbian and Gay News”. If David (editor, big chief!) will have me back, I would gladly return and challenge you all to endure my waffle and musings on many different, and less heavy, subjects. Or you could just skip my column completely. See? It’s fun having choices.

James Dreyfus is an actor and writer.

Professional Judy on a loss of space: “Our sexual orientation and our experience as gay men is not a costume you can put on or take off at will.”