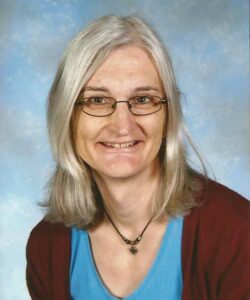 Which toilets should transwomen use? Transsexuals have used women’s facilities for decades – without problems, or so we are told – but appeals to history provide poor support to arguments. Even asking the question provokes strong emotions, but we need answers if we hope to defuse what has become a febrile territorial dispute over women’s spaces.

Clear policy promotes confidence, but it also requires courage. Should women be told to make room for males? Or should transsexuals be blocked from spaces they thought were theirs by right? Ambivalence, however, is not an option. The published report of a trans comedian forcing the issue at the recent LGB Alliance Conference means that this debate is now urgent.

When I transitioned in 2012, access to women’s spaces was an assumed right. Nobody consulted women, of course, but there was also the expectation that I would change my hormone regime and seek gender reassignment surgery. There was a process to follow and a barrier to entry. Transexuals were rare and, when the goal was to avoid attention, inclusion seemed to work.

But times have changed. The transgender umbrella has become a marquee that extends far beyond medical transitioners. Today, service providers are faced with a much broader group of people. Even if it was right to include transsexuals in the past, the current situation is very different. Without the tools to distinguish post-op transsexuals from the rest, the old rules are no longer fit for purpose.

We all know that men and women pose different risks, and we therefore treat men and women with different degrees of caution. When my children were young, for example, I told them to seek help from women if they became lost. Not because I thought all men were potential abusers, but I couldn’t identify them from the rest. Basic safeguarding requires that we apply the same rules to all men.

Abusive males will go to extreme lengths to access women when they are vulnerable; if they can sidestep safeguarding procedures by identifying as women, some may well do so. Certainly it is a safeguarding weakness that we would be very foolish to ignore.

… letting me in inevitably leads to pressure from others, “you let Debbie in, why not me?” Women should not come under that pressure. Inconvenient truths are still truths. Transwomen are not women: we are the opposite sex. For that reason alone, I need to stay out.

Changes in society may have lowered the barrier to entry to be considered a transwoman but women’s spaces were always for women. Transsexuals have always been guests, often uninvited, and our presence was always an imposition. Safeguarding is one concern, but single-sex spaces help to maintain dignity and respect. As a boy, for example, I knew the discomfort the boys felt if a girl wandered into our space: the embarrassment was palpable.

When we demarcate the sexes, we would need very good reasons not to draw the line according to biology.

When I transitioned, I thought I was some kind of women so I used women’s toilets without a second thought. I knew that I wasn’t a danger, but the women around me didn’t. Perhaps the suggestion of gatekeeping reassured women, but that illusion is now much harder to maintain.

Even where I am known and among friends, letting me in inevitably leads to pressure from others, “you let Debbie in, why not me?” Women should not come under that pressure. Inconvenient truths are still truths. Transwomen are not women: we are the opposite sex. For that reason alone, I need to stay out.

I’ve shied away from saying this because I know transwomen who transitioned decades ago. Some pass so well that those around them do not clock them. Why should they change what they have done for 30 or 40 years? They need to at least consider it because the world has changed. If we genuinely respect the sex that we claim to identify with then, we need to recognise their boundaries.

That doesn’t mean we should use the men’s; that would be a false dichotomy. Additional single-use facilities can and do work for anyone who does not wish to share communal facilities with their own sex.

Modern buildings tend to include them. At the recent LGB Alliance conference the unisex toilets worked just fine when nature called. The transwoman forcing the agenda was doing so for political reasons rather than out of necessity. Organisations struggle to respond when the reaction is likely to be accusations of transphobia, or even threats of legal action. But this is a nettle that must be grasped.

Clear policy is needed, and we all need to respect it. Because inclusion that really matters for trans people is not access to single-sex spaces but equal treatment as human beings out in the conference hall. That was happening at the LGB Alliance Conference where trans people were accepted as friends and allies, and that is something that we can all celebrate.

Debbie Hayton is a transgender teacher and journalist.

Professional Judy: “Carrie desperately wants you to know that she, the unelected heterosexual wife of the Prime Minister – he who once referred to gay men as ‘tank-topped bum boys’ – is an ally and therefore knows what’s best for us.”