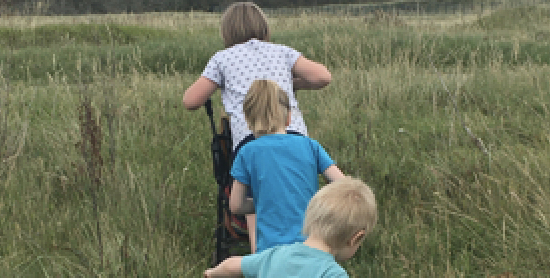 There are moments – usually early in the morning at weekends, when groggily watching a TV programme about felt hamsters which also happen to be cars – that I find myself asking: how did I get here?

I have spent all my life feeling utterly immune to maternal urges. Feeling smug about my lack of grey hair and wrinkles, I put my Peter Pan youthfulness (some would say – have said – immaturity) down to not having had kids. When friends have bemoaned broken nights or ruined outings, incidences of projectile vomiting or supermarket tantrums, I have mentally high-fived myself at remaining unshackled by such needless drama. I considered myself a lesbian with no desire to ape heterosexual behaviour; a bold outlier; a resister of gender stereotypes.

Sculptor Ama Menec on her campaign for a life-sized public statue in Calderdale of diarist Anne Lister, known as “Gentleman Jack”, and seen as “the first modern lesbian”

Then everything changed. At first, my partner was just a name on Facebook, who made a joke about having six kids. Nobody has six kids, so it was pretty hilarious. This name became a woman who made me laugh and did excellent online banter. She then became a person who said: “No, seriously, I do have six kids.” And then she said “Would you go on a date with me?”

Cue Sliding Doors moment. I could have decided against that date (there was a deadly virus doing the rounds in Asia after all – reason enough to stay home), but I decided to go. This woman, an intelligent, brave, compassionate, feisty Feminist with a generous laugh and an eye for the absurd, swept me off my feet. It wasn’t long before we were seeing one another regularly, and before I knew it (but not before some serious gatekeeping on her part), it was time to meet the family. Picture me, if you will, sitting stunned by the noise and kerfuffle of six children (including some teenagers) around a dining table, politely declining anything to eat that they had handled (I have a terror of catching stomach bugs from unclean hands) and trying to make conversation through a rictus grin.

Yet, incredibly, they’re my family now. I have learned, in these last months, the simple pleasures of family film night – of being awkwardly sandwiched between two small people like the sleep pile in The Croods. Dammit: I have watched The Croods! And more Disney than I watched in the whole of the rest of my life. And something called Paw Patrol. And now, cult films with the teens, sharing the uplifting Shawshank Redemption and the enigmatic Shutter Island and Inception, and loving the noisy post-mortems afterwards.

I have learnt that I can be maternal, caring, practical and stable around those children. It turns out I’m a bit of a natural. When you’ve grown up internalising a sense that you are unnatural and broken, that revelation means a lot.

Now there are family in-jokes which involve me! Like how, because of the pandemic, my partner and I had organised two family holidays before our second date. And those camping holidays, with their unexpected thunderstorms and adventures in camp cooking, have become part of family lore. There’s also a joke that never seems to get old. My partner will mention the kids and I will say in mock horror: “Wait, you have kids?” And, deadpan, she’ll shoot back “Yeah, I’ve been meaning to tell you…I have six actually.” And I will mock-faint, drop my fork, or back slowly away, and everyone will laugh – despite us having done this routine umpteen times.

Most importantly of all, I have learned that the blasé dismissal of family which kept me aloof from serious relationships and even the thought of children stemmed from a terror that, because of my own dysfunctional and broken family experience, I would not – could not – trust myself not to damage my own children. So, I wrapped myself in that blanket of aloof smugness, and sipped another cocktail. But here’s the strange thing: children allow you to heal those childhood wounds. In parenting them, I parent myself. I have learnt that I can be maternal, caring, practical and stable around those children. It turns out I’m a bit of a natural. When you’ve grown up internalising a sense that you are unnatural and broken, that revelation means a lot.

A sample of things I have learnt from my first 18 months as a step parent:

According to the youngest, I will be moving in “when we get married”. Yes, I am currently engaged to all seven of them. Little did I know…

Deborah Evans is a gender critical lesbian feminist who works in education, and is currently learning how to be a parent.

Gary Powell: “People paid for indulgences under Pope Leo X, perhaps not such a far cry from Stonewall’s £2,500 to get on the ‘Supremely Righteous’ Wokeplace Inequality Index.”

Free to Be Me: Refugee Stories From the Lesbian Immigration Support Group, reviewed by Claire Heuchan 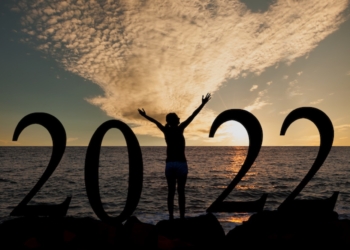